from Random Singles and Custom Songs by Elizabeth Hummel 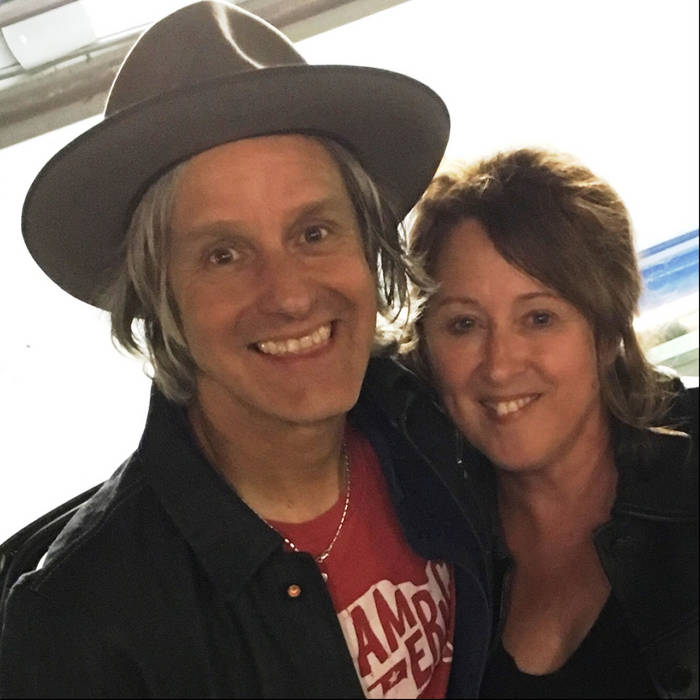 Woke up on a Saturday morn with a tune so strong in my head, chords & everything. There were a few words in my head too, but I didn't know what it was about. One of phrases was "bathe you in the fire of his Pentecost" so I thought it was going to be about a preacher, maybe a rant about religion, which deserves it after all. But, despite my best intentions to wrestle the song into any pre-conceived shape, and oh how I tried, it resisted me mightily, with the strength of rock'n'roll itself. The song turned out, instead, to be about the Mojo Man, Steve Poltz.

I have known Steve Poltz for nigh on 25 years. Yeah, he's a folksinger, but that's just one side of the equation. He recently made an awesome video with ketchup and mustard about rock'n'roll that I saw last week called Born in a Band. Here is the video;

The music is killer, sounds like the Kinks to me, who I love. The wild and ridiculous and seductive energy brought me back to Steve's early band from San Diego, the Rugburns. I showed the video to my guy Brian (who produced this track), and I said, "OK, so THAT''S what I'm talking about. That's what the Rugburns were like, except his hair wasn't gray yet. It was crazy. He's got this...this...it's not just charisma, I don't know what to call it...and then Brian said "mojo" and that was the perfect word.

The song is about the archetype of the Mojo Man, which my friend embodies for all of us when he is on stage.

And everybody who has ever seen him knows what I mean, right? Got the song written by 10:00 am on 4-8-17, and recorded my parts that same afternoon. That's what some music mojo can do. As Steve sings:

'Let's all live forever in a rock'n'roll band!"

Thanks to Brian and Robin for adding their own mojo to this song, it rocks and I love how it turned out.

To get born again and see the incomparable Steve Poltz for yourself, go to www.poltz.com.

The notes of his guitar reach up under the skirts
Of the ladies and the laddies under his spell
They know they’re never gonna have him
And although that hurts
When they get home, they realize it’s just as well

At the heart of rock’n’roll is the Mojo Man
Just forget yourself and get lost in his beat
He’ll carry you to freedom as far as he can
You’ll be born again, if you can stand the heat

I have been writing songs most of my life. A good bit of recording and performing too. Money comes and goes, but the muse is precious and timeless. I pray that my songs help people through darkness as well as celebrate the light. This music is a village and I am not alone. I am deeply grateful to the many people who have helped me birth these songs in so many ways. You are the Love! ... more